Will the Handicraft sector enter a new era of skill development with MSDE’s pilot projects?

For decades, the handloom and handicraft industry has been the backbone of India’s economy, accounting for a large portion of the country’s exports.

It is, after agriculture, one of the most important sources of employment, providing a vital source of income for the country’s rural and urban population.

According to a survey conducted by Development Commissioner Handicrafts, only seven million craftsmen can currently make a living from handicrafts. Given the size and scope of the Indian market, this is a huge decrease.

Because of the industry’s ability to contribute to India’s economy and provide jobs for the youth, the government is aggressively working to develop it to its full potential. Mention ‘Vocal for Local’ and Aatmanirbhar Bharat that could be realised by tapping the potential of this sector. With the industry’s growth, the government, together with several industry stakeholders, is putting a lot of effort into bridging the skill gap through various programmes and projects.

MSDE recently started two pilot programmes to promote and preserve Kashmir’s ancient Namda craft, as well as upskill and certify up to 11,000 local weavers and artisans to boost their output. During his visit to the EPCH-organized India Handicraft Fair, Mr. Rajeev Chandrasekhar hinted at the inauguration of the pilot projects.

The pilot projects are expected to 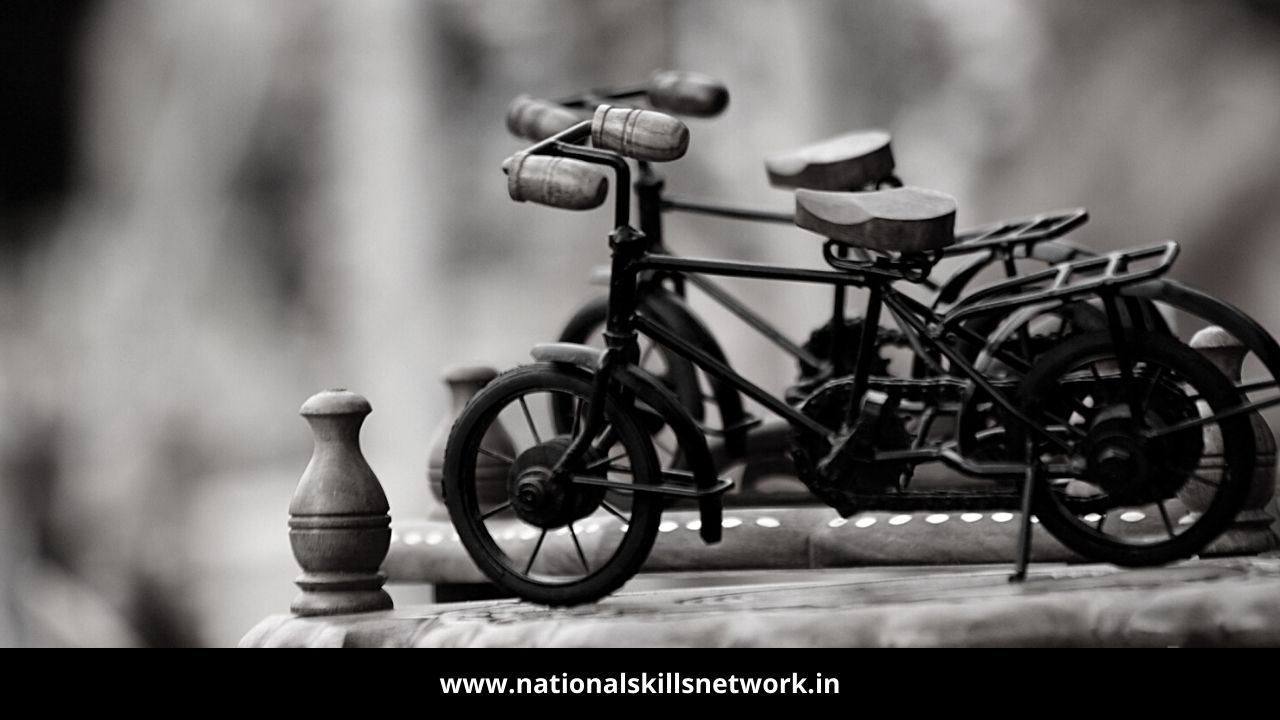 Srinagar was inducted into the UNESCO Creative Cities Network (UCCN) in the craft and folk-art category earlier this year. Srinagar’s admission in UCCN has created the path for the city to represent its handicrafts on a global scale through UNESCO, which should lead to increased export and employment prospects for artisans.

Srinagar’s recognition as a Creative City and the launch of pilot projects should contribute to the revival of ancient crafts by providing the artisans with a wider market to showcase their talent.

There is no shortage of talent in this industry; all it takes is the necessary skills and expertise to tap into it. These upskilling projects will undoubtedly provide a platform for young people to demonstrate their abilities and develop the essential skills to pursue a career in this field.

Aside from domain knowledge, craftsmen must also learn digital abilities that will allow them to communicate with people all over the world. The artisans would require assistance in becoming technologically literate. By using the power of technology, they will be able to overcome the hurdles they confront during their growth.

India Handicrafts Fair was held in Noida, Uttar Pradesh, by the Export Promotion Council for Handicrafts (EPCH). Minister of State for Skill Development and Entrepreneurship, Electronics and IT, Rajeev Chandrasekhar, attended the fair and spoke with entrepreneurs in traditional skill-based enterprises. The EPCH was urged to create a digital platform that would connect all entrepreneurs in the field to a larger market.

“This will not only enable ease of business in the sector but also help in achieving the Prime Minister’s goal of doubling exports from India,” added Rajeev Chandrasekhar, Minister of State for Skill Development and Entrepreneurship, Electronics and IT.

He recently launched projects to boost local handicraft clusters in Manipur, Nagaland, and Jammu and Kashmir.

Union Minister for Minority Affairs Mr Mukhtar Abbas Naqvi, during the inaguration of 33rd edition of Hunar Haat in Delhi, said that during the Corona crisis, indigenous production capacity fulfilled the domestic needs and became “safety cover” for the Indian economy during the global recession. To read more about the 33rd Hunar Haat, please visit – https://www.nationalskillsnetwork.in/union-minister-for-minority-affairs-inaugurates-33rd-edition-of-hunar-haat-in-new-delhi/

The Hunar Haat, a handicrafts fair that aims to provide market exposure and employment possibilities to artists and craftsmen from minority communities, has so far employed 5.60 lakh people, according to Union Minister Mukhtar Abbas Naqvi.

The Government of Himachal Pradesh has chosen to promote the bamboo craft by establishing a bamboo village in order to provide job opportunities for youth and boost the rural economy.

The Handicrafts and Carpet Industry Skill Council (HCSSC) promotes skill development in the sector to motivate youth and provide them with a platform to demonstrate their potential, allowing them to find work.

India has about 3,000 different craft types with craftsmen all over the country. With such a diverse spectrum of craft talents and a large population of artisans, India has the potential to turn this into a multibillion-dollar business. The sector should be able to provide rural and urban youth with sustainable livelihood prospects with the necessary training and skill development opportunities.

We have simply analysed the trends in order to keep our readers informed about the evolving skills industry in India. Please contact the people, organizations or industry bodies mentioned in the article if you want to learn more about the news.