An overview of Media and Entertainment industry: Need for skill development

Being the power house of creative talent, the Media and Entertainment (M&E) industry in India has been contributing immensely to the overall growth of the country. With around 4 million job opportunities, the M&E industry is emerging as a crucial industry during the Industry 4.0. The industry is placed at a prominent position in Indian economic growth as it is bringing an impact of 450k Crore in the country’s economy.

The industry proved it’s resilience to the world and is now on a path of continuous growth which is backed by the increasing consumer demand and improving advertising revenue.

Glimpse of the M&E industry

Government initiatives for the M&E industry

As the Media and Entertainment industry is one of the rapidly growing industries in India, the government is coming out with commendable initiatives. It has a dedicated sector skill council known as Media and Entertainment Sector Skill Council (MESC), which has been making sure that the industry continues to grow since its establishment in the year 2012. With path breaking initiatives like Manthan, MESC is collaborating with Ministry of Human Resource Development (MHRD) to think beyond academia and look for a continuous collaboration with the industry.  Manthan 2019 was held at different places in India. Another skill development programs, Creative Warrior, a program to enhance skills through creativity was recently launched to contribute towards the growth of the industry. The massive growth of the industry also caused the government to liberate FDI norms for various segments of the industry. 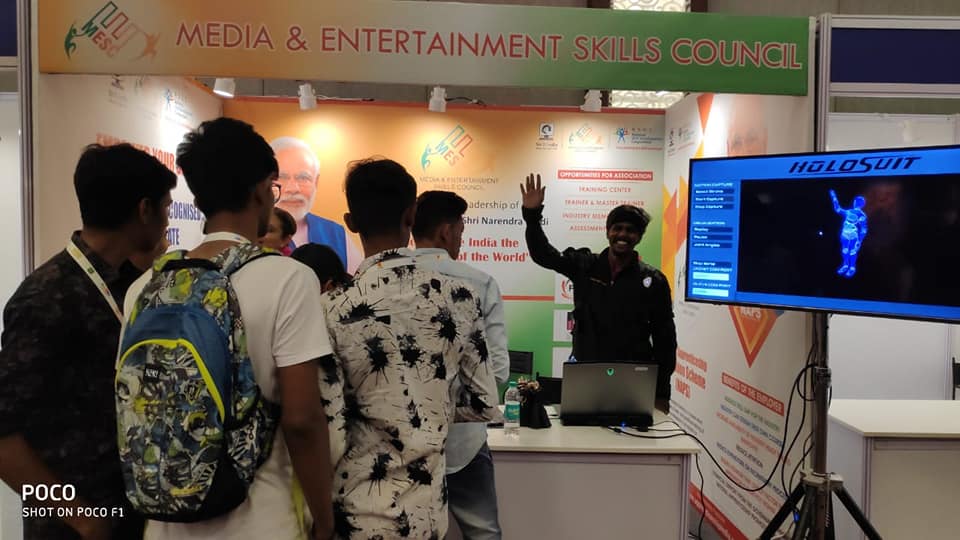 Skill development and education among youth

Not only the education in the Media and Entertainment industry is exciting, it also provides lucrative jobs to the students after completion of their undergraduate degree courses. All one needs is to choose the right specialization and pick the right institute which has all the facilities to equip one with the widest range of skills. In India, a wide range of academies are providing the degree courses for Media and Entertainment.  Many institutes and universities are working towards providing the aspiring youth with the right education and skill training. Some of them are, older universities like Delhi University, which has recently started their degree programs in journalism, and newer universities like Bennett University, which offers state-of-the art facilities, Guru Gobind Singh Indraprastha University (GGSIPU), which is government run and provide journalism courses through its affiliated private colleges, and Whistling Woods International, an institute for Film Communication and Creative Arts.

Growth and scope of the industry

The Indian Media and Entertainment industry is on an impressive growth path.  There was a time when despite being the power house of creative talent, the industry growth was curbed by the limited platform available for consumption. Now, with the rapid digitalisation and smartphone revolution the situation is fast changing. In fact, the industry is expected to grow at a much faster rate than the global average rate and it will add 100k Crores in direct revenue in the next 5 years.

Being one of the crucial industries which is making an impressive contribution to our country’s economy, it still has many challenges which should be tackled as soon as possible. This can be achieved only when there are more efforts to tackle the challenges in an upfront and smart manner.