by Brunda Murthy
in Events, Government

The Government of Andhra Pradesh organized a first-of-its-kind conference to promote apprenticeships through engagement with all the stakeholders. The conference was organized on 11th July in Visakhapatnam with focus on implementation of Apprenticeship Scheme in Andhra Pradesh. The conference was attended by dignitaries from the government, the industry, training partners, sector skill councils and other organizations.

Click here to refer to the program, the participants and the sessions. 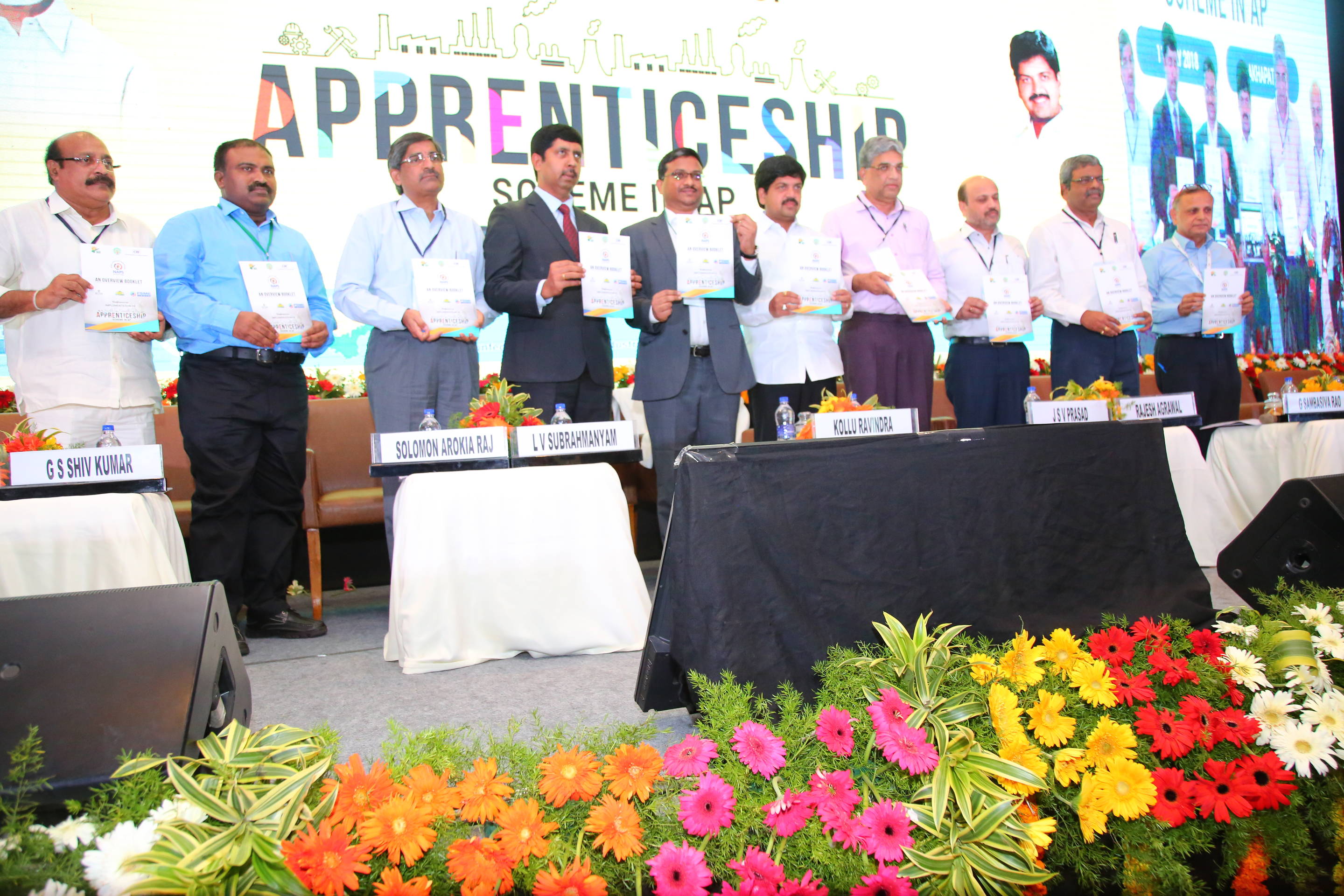 Below are some key points presented by the speakers in the inaugural session of the Apprenticeship Conference:

Mr Rajesh Agarwal Joint Secretary, Ministry of Skill Development and Entrepreneurship addressed the dignitaries on the dais and the attendees of the conference and shared the following valuable insights regarding the importance of apprenticeship.

According to him “Today there is the scenario where the world of work is changing drastically. What you do today is redundant by next year. If you want to prepare for the future this is the best industry. World over, if you look at industries that have done well on the skill development parameters where vocational education has done well, Labour productivity is high in the world it’s because of apprenticeship. “

Taking the example of Germany he said they have had a vibrant MSME sector and their core strength has been apprenticeship. When he went to meet the MSME guys there he saw they really compete to hire apprentices. Every year when students come out of college and go for campus interview, companies select good candidates and bring them as apprentices. They see this as the investment for future and their productivity in the company.

He brought out that informally or ignorantly in any profession apprenticeship is being practised like to become a doctor you have to do one year of residency a CA has to do 3 years of practice so you anyway do it, just that you don’t acknowledge and report it.

He showed why it should be called and recognised as apprenticeship, he said “if you do not give a standardized uniform competency or recognition and certification to it, the student’s mobility and growth will be stunted he will never be recognised as trained on a skill set.”

He mentioned the significant amendments made to the Act in Dec 2014 to make it more friendly to the employers and apprentices. The points he made were

Implementing NAPS and why it is beneficial for the industry: Surajit Roy – NAPS head, NSDC

Mr. Surajit Roy provided  an overview of the current situation in India and world in the context of skilling and how we should move move forward to address the unemployment issues. Some key points made by him are:

He mentioned several success stories in the world which we can learn from in the context of apprenticeship and how every country that has taken to apprenticeship has gained:

Germany has one of the largest apprenticeship program in the world. 50% of its population has opted for its dual degree program. Advantages:-

India: Apprentice training in automotive study saves about INR 5000 and also the apprentice gets a stipend

USA: High attrition due to mismatch between skillset and industry requirements

He stated the proposed updates:

Sustainable livelihoods for domestic workers through skill development from DWSSC

The ITI Dream of Rhino Machines

The ITI Dream of Rhino Machines