by Pratyusha Tripathy
in Events, News
1

Confederation of Indian Industry (CII) organised Social Entrepreneurship Conclave on August 2nd, 2019 at Hotel Alt Air Kolkata.  The agenda behind the conclave was to ignite young minds with a theme “Mission + Profit: What is the balance?” The theme was designed to deliberate on how mission and compliments, strengthen or undermine each other.  Along with the main theme, the conclave had a special focus on sustainability and business models which address social issues like Health and Sanitation. 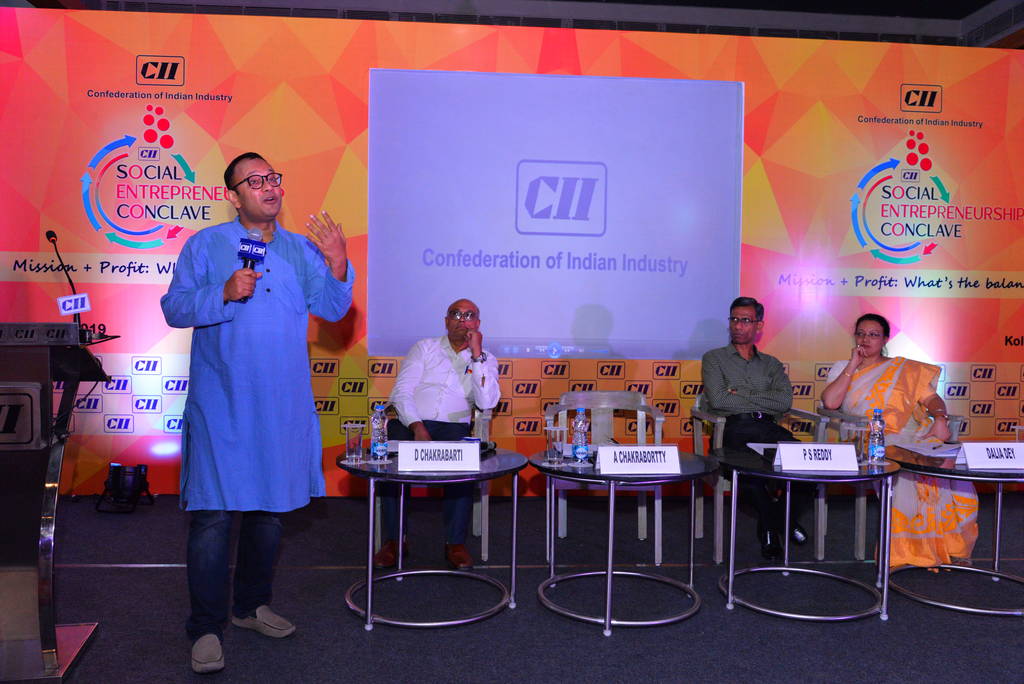 In his address, Mr P S Reddy said, “Social Entrepreneurship has now acquired a global persona and it is fascinating to observe how major developmental institutions like the UN and the World Bank are recognizing the power of social enterprise and the role that incubators and early-stage impact funds are playing in the development in Low-Income countries and emerging economies. With an estimated two million social enterprises, India becomes one of the most dynamic social entrepreneurship environments globally. A vibrant start-up community, as well as sustained interest and support from impact investors in India and the world, have resulted in hundreds of projects providing access to basic services and making dramatic changes in the lives of millions of Indians.”

The Social Entrepreneurship Conclave had deliberations on the growth and transformation in this geography and also inspiring stories of successful entrepreneurs who divulged their journeys and challenges.