Domestic Workers Sector Skill Council was awarded as the best “Start-up in Skill Development” at the 6th Skill Development Summit organised by Indian Education Network, on 18th July 2018, at Le Meridien (New Delhi). Chairman Mr Amod Kanth was there to receive the award on behalf of DWSSC. The nomination was done on the basis of the work, achievements and special initiations that DWSSC has been successfully doing since its inception, along with their route map ahead in the field of skill development for the domestic workers. 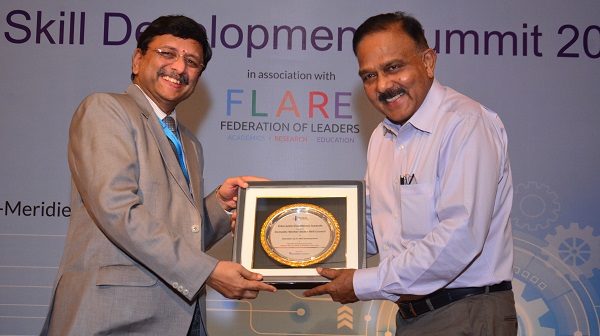 Major Gen Manik Sabharwal (CEO, DWSSC) was also present at the brilliant summit as one amongst the esteemed panellist. He put forward his views on the topic of ‘Skill ecosystem- SSC view’ wherein he threw some light on what DWSSC is all about and the hurdles being faced by this SSC in terms of mobilisation of the domestic worker’s section of the country towards skilling. Sharing the panel with him were CEOs from the other SSCs – Mr. N K Mohapatra (Electronic SSC), Dr. Satendra Arya (Agriculture SSC) and Ms. Anu Wadhwa (Beauty & Wellness SSC). It was a wonderful affair distinguished people who put focus on the importance of skilling of the young minds to shape the future of the country.