by Team NSN
in Success Stories

Subhashree Samantray hails from a small village called Kapaleshwar in Jagatsinghpur district of Odisha. She gave wings to her dreams when she underwent training in Hospitality Management for a period of three months, in Jatni, for Trainee Associate and got placed in Café Coffee Day. She was trained under DDUGKY scheme, under Gram Tarang, and later on she got placed in Café Coffee Day as on-the-job training. At present, she is pursuing BBA (Retail & Hospitality) under Centurion University. 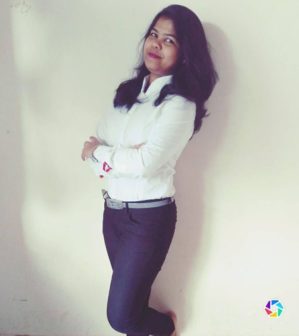 Training has paved the way for her self-development and inculcated a sense of confidence and willingness to achieve.  She has realized and utilized her inner potential due to the training and is able to express herself in front of the world. She is able to face any hardship in life and now she has proved herself by her dedication, hard work and self-confidence.

After being placed in café Coffee Day, she was transferred to Cafe Day Square as OT and later on, she got promoted as manager and continued for 6 months. In due course of time, opportunity again came knocking on her door, and she got placed in an international brand of Ice cream “Haigen Daz”. Now she is drawing a salary of Rs.38,000/- month. Her willingness to learn and adaptability has made her learn 5 languages such as Odia, Hindi, English, Tamil and Kannada.  She has proven that her inner zeal, capability, enthusiasm to work can make a person successful despite all odds. She has become an example of an empowered woman

Poonam Kumari, who is from a small town, Bokaro, situated in Jharkhand, has undergone the training for a period of three months in Advanced Diploma in Hospitality in Jatni, under Gram Tarang, and got placed in Café Coffee Day as on-the-job training for 9 months. She was trained under CCD sponsored Advanced Diploma in Hospitality Management scheme. On completion of 9 months, she was awarded with certificate of Hospitality Management by Centurion University. At present, she is pursuing BBA (Retail and Hospitality) under Centurion University. 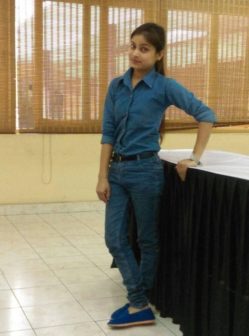 Training has provided her a platform to prove herself and to be independent.  She was able to overcome the language barrier by improving her communication skill. Training has helped her to express herself in front of the world by developing her self-confidence, patience and adaptability. At a later stage, she has also been able to prove herself in an international platform.

On completion of 3 months of training, she was placed in a small outlet of Cafe Coffee Day, as a trainee and became an independent lady. After 9 months of on-the-job training, she was promoted to the Guest Relation Executive in Cafe Day Lounge.  During this period, she achieved excellence in whatever she undertook.  Her hard work and dedication paid off and, after 6 months, she again got promoted as Operational Trainee. She did not stop there. She participated in second International Women Coffee Alliance in 2016 and she also proved her talent by wining prizes for best cappuccino, signature drink and communication skill. Her love for coffee, willingness to work and knowledge helped her to get recognized in front of the world. Opportunity knocked at her door once again, when she got a wonderful chance to represent India in All Star Female Barista Championship, held at Mexico on 3rd-5th August 2017, and won the competition, too. She has set a perfect example of women empowerment, where she has proved herself not only in her life, but also in front of the world, and brought a moment of pride to Gram Tarang family, too.