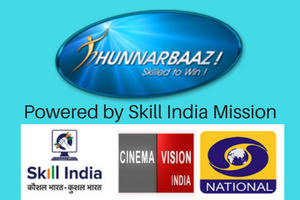 Well into the third season, Hunnarbaaz is building on earlier episodes by engaging with people, government and private organizations to inform and inspire about options to learn and earn. Mr. Kak begins his talk by acknowledging the support received from Ministry of Skill Development and Entrepreneurship (MSDE), National Skill Development Corporation (NSDC), Doordarshan and Cinema Vision India.

The journey from Surabhi to Hunnarbaaz

What we’ve done on television was always related to human endeavour and human aspirations. Earlier, in Surabhi, we were dealing with culture and now, in Hunnarbaaz, we are dealing with livelihoods. So, the focus hasn’t changed in terms of the human being and the potential and possibilities.

It all started with self-reflection; I realized that I should be connecting with real issues of the people. Even though we were very successful with Surabhi by showcasing the cultural wealth of India, there was a constant strain reminding me that I hadn’t understood people deeply and I should be studying the problems faced by people in their everyday lives and focus on alleviating their problems. This would add more meaning to my pursuit of exploring art and culture.

The journey from producing the first cultural show to the first show on skills, jobs and livelihoods has had many interesting milestones. It was not a direct transition; we’ve done many other shows dealing with subjects like environment, the unknown or ‘believe it or not’ and so on. And I am currently associated with a major cultural project of a different kind, involving Living Heritage, where we bring history and culture alive in the physical space, developing sound and light shows for different organizations.

Doordarshan National Channel addresses the very audience whom we wish to speak to, it covers 92% of the population! Unlike the Surabhi days which saw a public-private programming at its peak, now television is mostly market-driven and dominated by commercial programs. With a huge number of private channels in the fray, programming has become more of ‘product’ and ‘people’ form the market. For me, working with Doordarshan, which is a public service broadcaster has relevance and value though it may not be considered that important by other commercial channels.

Television is the best tool for creating awareness and building aspirations in skills space. This is an area where we need change of mindsets, by changing people’s way of thinking. In addition to building infrastructure for training, our challenge is to impact the thought process that is rooted in our history and culture. People and work have historically been divided into different slots with clear demarcation between white and blue collar jobs. A degree holder wouldn’t want to dirty his or her hands by taking up a manual job, even at the cost of remaining unemployed!

It will take some time for this discrimination to be erased. Perhaps, technology can be a great equalizer, like how we see in advanced countries that have adopted technology and modern tools and instruments to perform routine mechanical jobs.

Skill development is not only about people getting skilled, it is about families getting sensitized, it’s about communities understanding the implications, it’s about regions and cities acknowledging and respecting those who have the skills.  This calls for a 360 degree development of India where skills don’t just result in better proficiency but dignity of labour and work. And I hope Hunnarbaaz contributes to the idea of dignity of work. 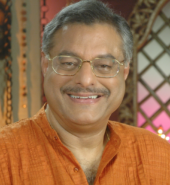 Skilling is essential at all levels, today we are mostly looking at grassroots or entry-level. We need to scale it up to ensure that everybody, at various levels, have the requisite skills, even though the present focus in on skilling at the base of the pyramid. We have to deal with this level first, which is predominantly into informal sector encompassing almost 90% of industrial infrastructure in the country. If this is not dealt with, it will automatically create pressure on the next or the middle level, adding to the existing skills deficit.

Hunnarbaaz has evolved over the years. Being a TV Production House, our priority was on understanding the domain – both in theory and practice, the involvement of government and several industry sectors. This was a great challenge; we produced the first season after obtaining contextual knowledge about special issues and problems with skill development and vocational education.  The episodes dealt with skills and jobs in various industry sectors, interviews with experts and a competition in each episode with the theme “Skilled to Win”.

In the second season, we used the format of fiction to present stories on work-integrated learning, apprenticeships and internships. The third season is all about applying the experience gained so far to present inspirational and aspirational stories. Our goal is to reach out to a large number of people to transform their lives, dealing not so much with industry sectors per se, but with real issues. There are plenty of episodes coming up each Sunday!

Another interesting project connected with national skilling initiative, is around promoting entrepreneurship in the Northeastern states of India. We are shooting in Meghalaya right now. Since the northeast comprises several non-formal sectors with low levels of industrialization, there are great opportunities for entrepreneurship. At the same time, we are also filming in Switzerland to show how their vocational training systems work. Similarly, in Germany, we are shooting in an industrial set up to show apprenticeship in action. This is to bring in international best practices and share aspirational value shown by other countries. When people begin to see the aspirational value, sky is the limit in any domain.

The choice of a television channel depends on how you want to implement your media strategy. For a program like Hunnarbaaz, first we had to draw attention and show value not as entertainment but as engagement. We have to constantly keep innovating to involve and engage the audience, for example, we are going to introduce an interactive element where we will soon have live question and answer session during the program. You will get to see interactions between an employer and a potential employee in real time. When the true potential of television is harnessed through creative and innovative programming, it can shape up like a Janata ki Adalat where people’s queries on skills and jobs get answered by real people in real time!

To give the Skills Mission a face, we’ve also included celebrity endorsements with people from different walks of life, just like we have Bharat Ratna Sachin Tendulkar endorsing each episode. We also have a big surprise coming up in the next episodes which will result in a fascinating development on national TV with regard to skills, so keep your fingers crossed.

We do have a plan, but since our priority is to consolidate the main TV show, we are focused on gaining acceptance and prominence. This will be followed by regional programming for expanding out outreach. We will have proper strategies to promote and seek adoption by training partners and skilling organizations in various states. In fact, each of these episodes can be a module for learning about the emerging skilling ecosystem in India.

Skill development cannot happen randomly in isolation. It is a national movement and television is just one medium. It needs to be supplemented with digital medium and a host of other initiatives. And, for something as humongous as Skill India mission, we need participation from the government, the private players and the community to make it a success. The person fixing my tap or my computer or my mobile phone deserves respect and until we treat them as equals Skill India mission will remain unfulfilled.

How Hunnarbaaz is integral to accomplishing Skill India mission

How Hunnarbaaz is integral to accomplishing Skill India mission