India’s largest skills competition at the national level, IndiaSkills 2018 was inaugurated by Shri Dharmendra Pradhan, Minister of Petroleum & Natural Gas and Minister for Skill Development & Entrepreneurship, Government of India in Delhi on 2nd October 2018. The competitions got off with enthralling performances in a grand opening ceremony.

The audience was regaled to an enthralling fusion dance performance by a troupe including differently-abled dancers, reflecting the spirit of passion and grit. The Competition will also for the first time, see Abilympics – the ‘Olympics of Abilities’ for candidates with disabilities (PwDs). As many as 60 participants will compete across 10 skill competitions in Abilympics. Winners will be felicitated at the closing ceremony on October 6th and will undergo best-in-class industry training for the WorldSkills International Competition in Kazan, Russia in August 2019. 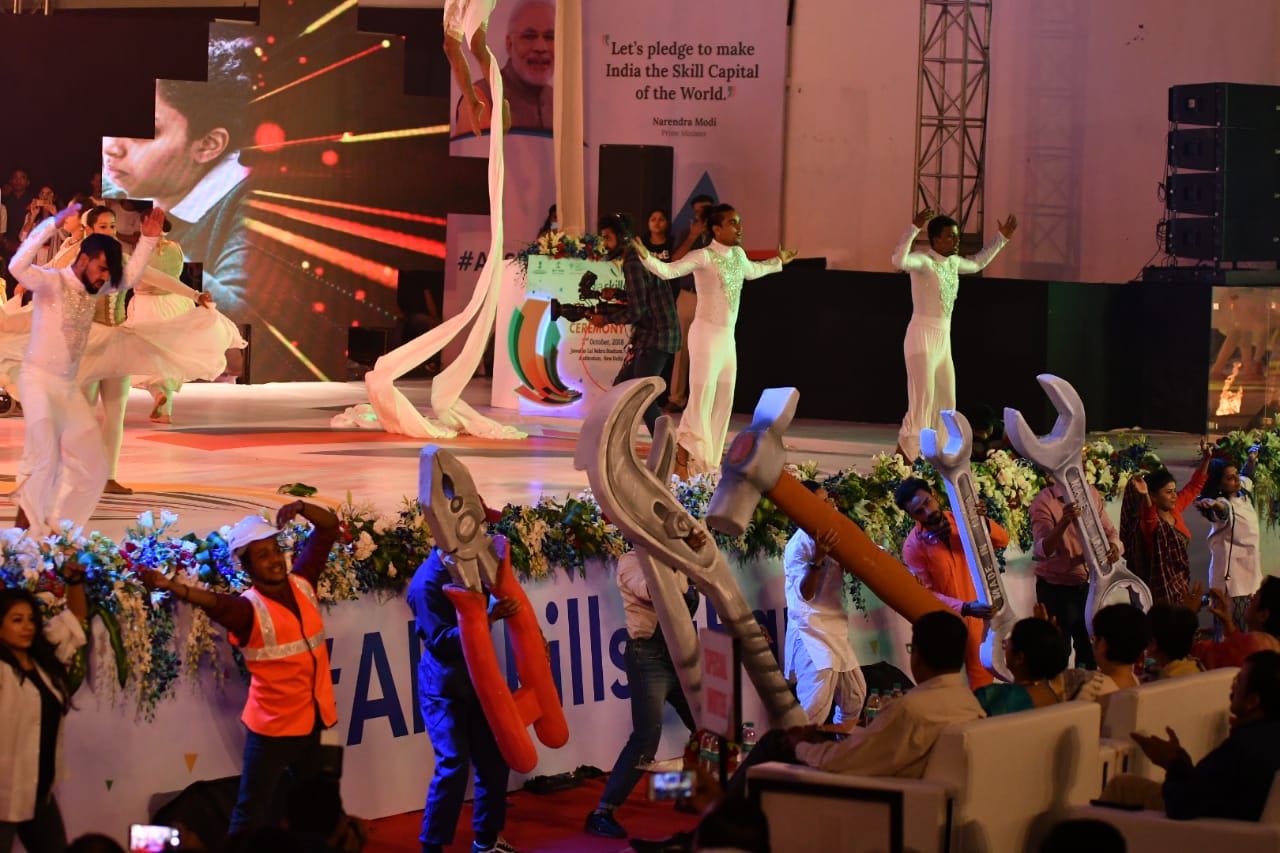 Shri Dharmendra Pradhan, Minister of Petroleum & Natural Gas and Minister for Skill Development & Entrepreneurship, Government of India, congratulated the participants of IndiaSkills 2018. “I welcome all who have made their mark at the regional levels and have reached the national stage. It is the Hon’ble Prime Minister Shri Narendra Modi’s vision to make India the Skill Capital of the world and the IndiaSkills Competition is another initiative towards realizing this. The participation of Divyangs (Abilympians) is also a wonderful addition to this event. 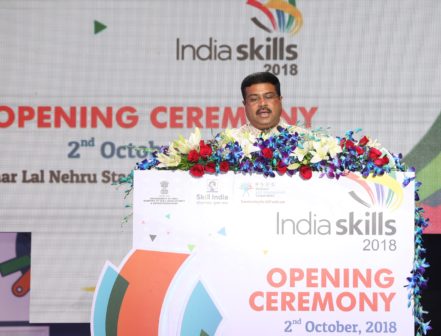 “The perception of skill is changing, making it more aspirational. The landscape of skills is undergoing transformation and we are seeing the addition of more new-age skills. Innovation and technology are going to play a major role in shaping the ‘future of jobs’ and Skill India has taken several initiatives to train our youth in emerging areas,” he added.

Shri Pradhan wished the participants all the best and expressed confidence that the winners will go on to ensure India’s superior performance at the World Skills 2019.

Commenting on the importance of IndiaSkills Competition 2018, Dr. KP Krishnan, Secretary, Ministry of Skill Development and Entrepreneurship, said, “We have improved our performance at WorldSkills over the years and are in the 19th position today. IndiaSkills 2018 promotes the aspirational value of acquiring skills. The Government has been offering assistance to states and we have organized over 150 workshops to improve participation in these competitions. The difference can be seen in the number of entries that has doubled this year. Platforms like IndiaSkills inculcate a strong sense of pride in the youth and go a long way in taking us closer to the vision of a new India.” 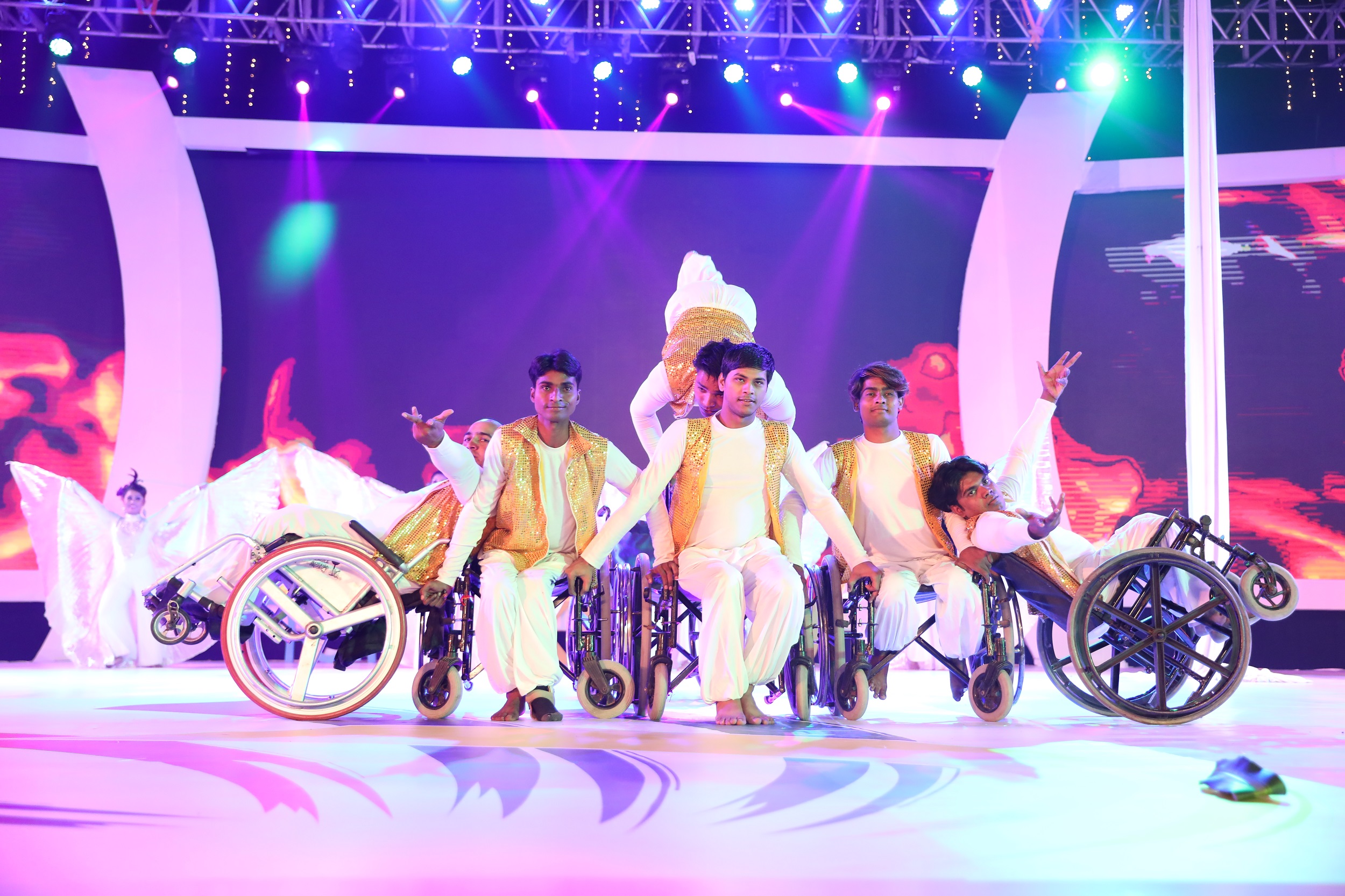 In order to select the best talent to represent at IndiaSkills 2018, MSDE and NSDC have completed more than 500 District and State level and 40+ regional competition in 46 skills including 3D Game Art, Aircraft Maintenance, Autobody Repair, Bakery, Beauty Therapy, Bricklaying to name a few.

Apart from skill competitions, the event will also host several engaging initiatives such as career counselling, skill exhibition, try a skill among others for the youth. Several other events such as State Ministers Conference, Skill Conclave, Industry Round Table will also be organized on the sidelines of the IndiaSkills Competition.

IndiaSkills Competition 2018, organized by National Skill Development Corporation (NSDC) under the aegis of the Ministry of Skill Development and Entrepreneurship (MSDE), has brought together 70+ corporates and academic institutes, along with 22 state governments to realize the vision of establishing India as the skill capital of the world.

The registration for IndiaSkills Competition 2018 witnessed 50,000+ participants from 21 states and union territories who competed in 46 skills/trades across different levels to make it to the following regional competitions.

Apart from skill competitions, the event will also host several engaging initiatives such as career counselling, skill exhibition, try a skill among others for the youth. Several other events such as State Ministers Conference, Skill Conclave, Industry Round Table will also be organized on the sidelines of the skill competitions.

India won 1 Silver, 1 Bronze and 9 Medallions of Excellence and ranked 19th among 56 countries at the last WorldSkills 2017 in Abu Dhabi. More than 1300 competitors competed in 51 skills at this event.