“One of the main reasons of organizing the WorldSkills and IndiaSkills competitions is advocacy and getting the message out to people so that vocational trades can be rewarding and you can become a role model.” Ranjan Choudhury, Senior Head, WorldSkills India, NSDC

The successful completion of IndiaSkills 2018 competitions marks the beginning of a new journey to WorldSkills 2019, Kazan, Russia. In this Skill Talk, Ranjan Choudhury, Senior Head, WorldSkills India, National Skill Development Corporation (NSDC), takes us through the journey of organizing a national level competition through multi-stakeholder collaboration at various levels. Let’s read on to understand and appreciate the role of competitions in bringing visibility to talent and trade that create livelihoods, build careers and play a crucial role in India’s economic development.

Q: Tell us about the importance of competitions in creating awareness about skills in India and making it aspirational.

A: Our journey of IndiaSkills began in 2011. Year on year, the scale and magnitude of IndiaSkills has risen as youth from the remotest parts of the country are participating and people across the nation are keen to invest their time and energy to it. The competitions at district, zonal, state, regional and then national level brings forward the best of the Skill Champions that become role models for the community and bring upon a lasting impact in the society. This is a competition which transforms dreams into reality.

The skill competition, organized by National Skill Development Corporation (NSDC) under the aegis of Ministry of Skill Development and Entrepreneurship (MSDE), Government of India, is playing a pivotal role in bringing together academic institutes, corporates, government institutes and state governments. The platform is creating aspirational value for the youth towards skill development. 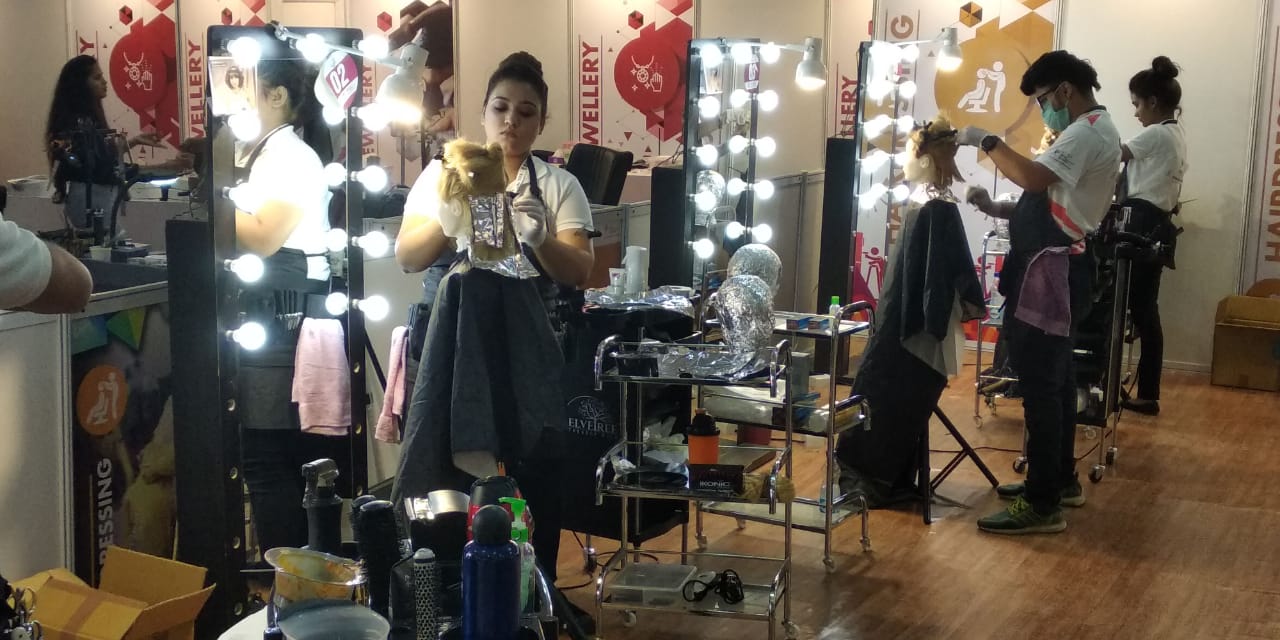 With age restriction as the only filter to enter the competition, it provides an opportunity for Welders, Masons, Chefs, Beauty Therapists, Carpenters, Plumbers to excel in their skill and represent their country on an international platform. Sachin Narale, Rohim Momim, Mohit Dudeja, Kiran belong to diverse family and education backgrounds, but their objective was one; winning a medal for their country and with the platform of IndiaSkills, their passion and skills could find the path to their dreams.

Skills form the backbone of our nation. The youth of the country needs to realize that there’s a bright future for them if they excel in their respective skills, be it in Bricklaying, Cooking, Electronics or Beauty Therapy. The skill champions from previous WorldSkills have all made their families, community, state and country proud and secured a life of dignity and security.

WorldSkills competitions is no less than Olympics of Skills. It is gradually making vocational training aspirational in the country. With dedication and determination, every dream can be achieved. The journey can be challenging but at the end of it, it would definitely be worthwhile.

Q: How are the competitions organized and who are the key stakeholders and what are their roles?

The entire IndiaSkills Program is a collaborative effort which has 4 distinct stakeholders; the Ministry of Skill Development and Entrepreneurship (MSDE) under whose aegis we have the overall policy and framework for Skill India mission, NSDC is the operational arm for implementing the program, apart from this we have the states and the Sector Skill Councils (SSCs). So, the responsibility in terms of identifying students and taking them through the initial round of competitions at the district level and the state level, is the responsibility of the respective state governments. However, this is done in collaboration with the SSCs because they are the stakeholders who have the requisites expertise to understand the job roles, the infrastructure, availability of subject matter experts. 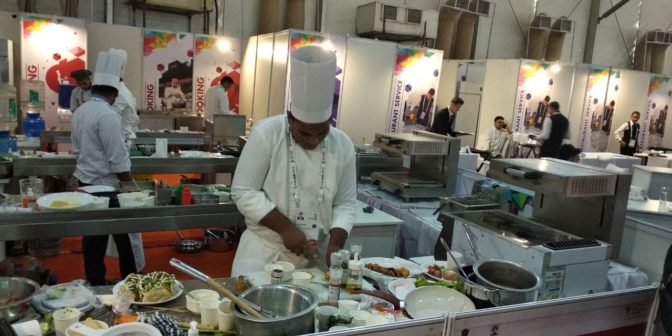 The state governments are assisted by the SSCs to conduct the competition at the state level. At NSDC, we are entrusted the responsibility of organising the competitions by setting up the infrastructure, getting the jury members or providing training to the candidates who have been successful at the state and regional rounds through the SSCs.

It must also be understood that we have restricted the trades as per the World Skills trades. There are 50 WorldSkills trades mapped to 20 SSCs. That is the reason why all the SSCs are not represented; some SSCs might have only one trade, some might have multiple trades, and essentially the job roles are aligned with WorldSkills Competition trades which we have adopted for India.

Q: After the winners are announced what is the plan to prepare them for WorldSkills Kazan?

The winners at IndiaSkills 2018 will get an opportunity to represent India at WorldSkills Kazan in August 2019. In the span of one year, the competitors would be trained in their respective skills from experts and master trainers from corporates such as Maruti Suzuki, Toyota, Hindware, Festo among others.

Q: How was the participation in this competition?  Please share some details about the sectors, participants and jury. 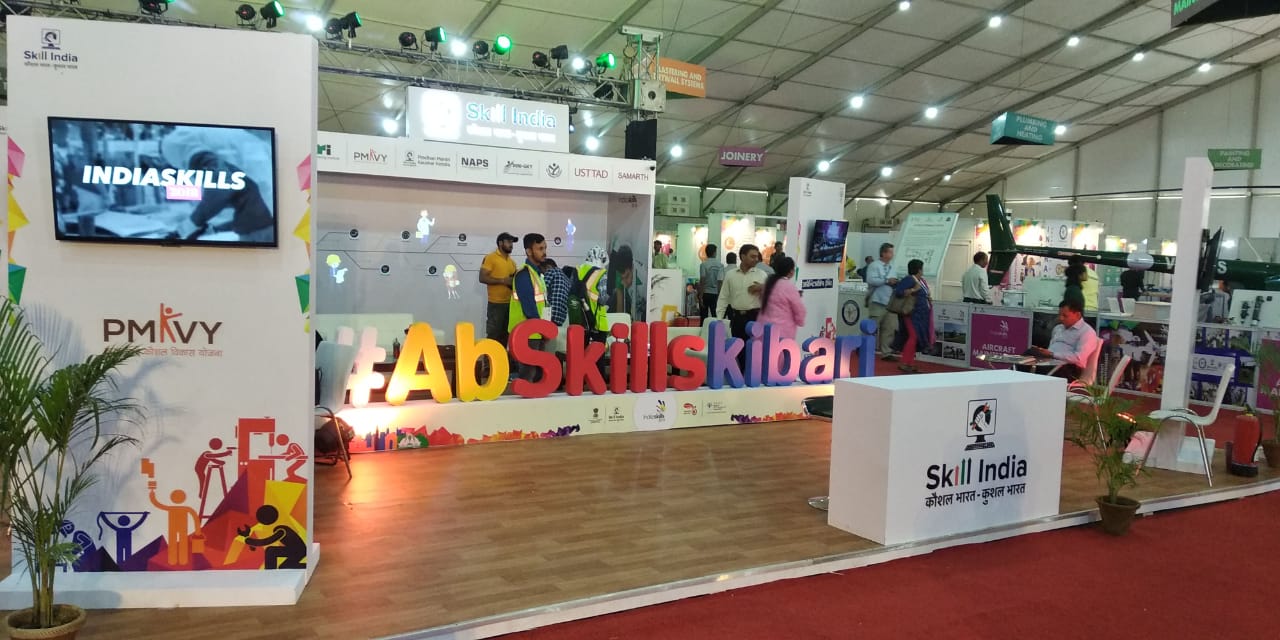 The registration for IndiaSkills began at the State level with more than 50,000 youth registering for the competition from across the country in diverse skills. 500 competitions were held in a span of 3 months to discover the best talent from the very grassroots of the country. For the first time, 21 State Governments hosted the skills competition and four regionals; North, East, West and South were held in Lucknow, Bhubaneswar, Jaipur and Bangalore respectively.

Also, for the first time Abilympics, Olympics of Abilities featuring persons with disability was held at IndiaSkills 2018. In an attempt to make the competition inclusive, about 50 specially-abled youth exhibited extraordinary talent in 10 skills.

Q: Organizing a competition at this scale is a remarkable achievement for Team NSDC – please share some highlights about collaboration with WorldSkills Organizations, meeting their specifications and the process of judging, scoring etc. 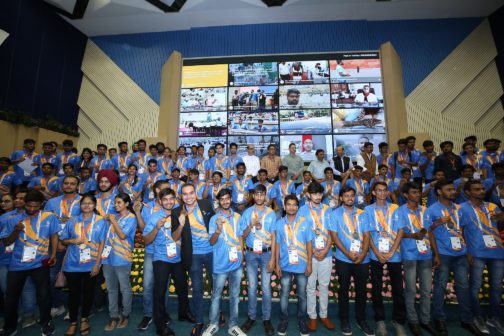 A: As we are preparing the young competitors for the WorldSkills International competition, all the parameters for the competition are in sync with the norms of WorldSkills. The jury members from across the country have years of experience in their respective fields and hold significant position in leading corporates such as Pearl Academy, Maruti Suzuki, Mahindra, Lincoln, Institute of Hotel Management, Pusa among others.

The marking scheme among all the skills are also on in line with the WorldSkills competition. Along with the three medals, Medallion of Excellence is awarded to the competitors who have scored more than 700 marks in the competition. Aligning with the Worldskills organizations has ensured Indiaskills to benchmark skill training and assessment norms as per international standards.