On the occasion of International Domestic Workers Day on 16th June 2018, Domestic Workers Sector Skill Council (DWSSC) organised a path breaking India Book of Records and Asia Book of Records attempt in which a total of 1032 domestic workers were trained to fold shirts in the proper manner at 17 different locations in India viz Delhi, Haryana, Punjab, West Bengal, Madhya Pradesh, Rajasthan, Uttar Pradesh and Uttarakhand. The inauguration of the mega attempt happened at the Delhi office of DWSSC and was done by Mr Amod Kanth, Chairman of DWSSC. 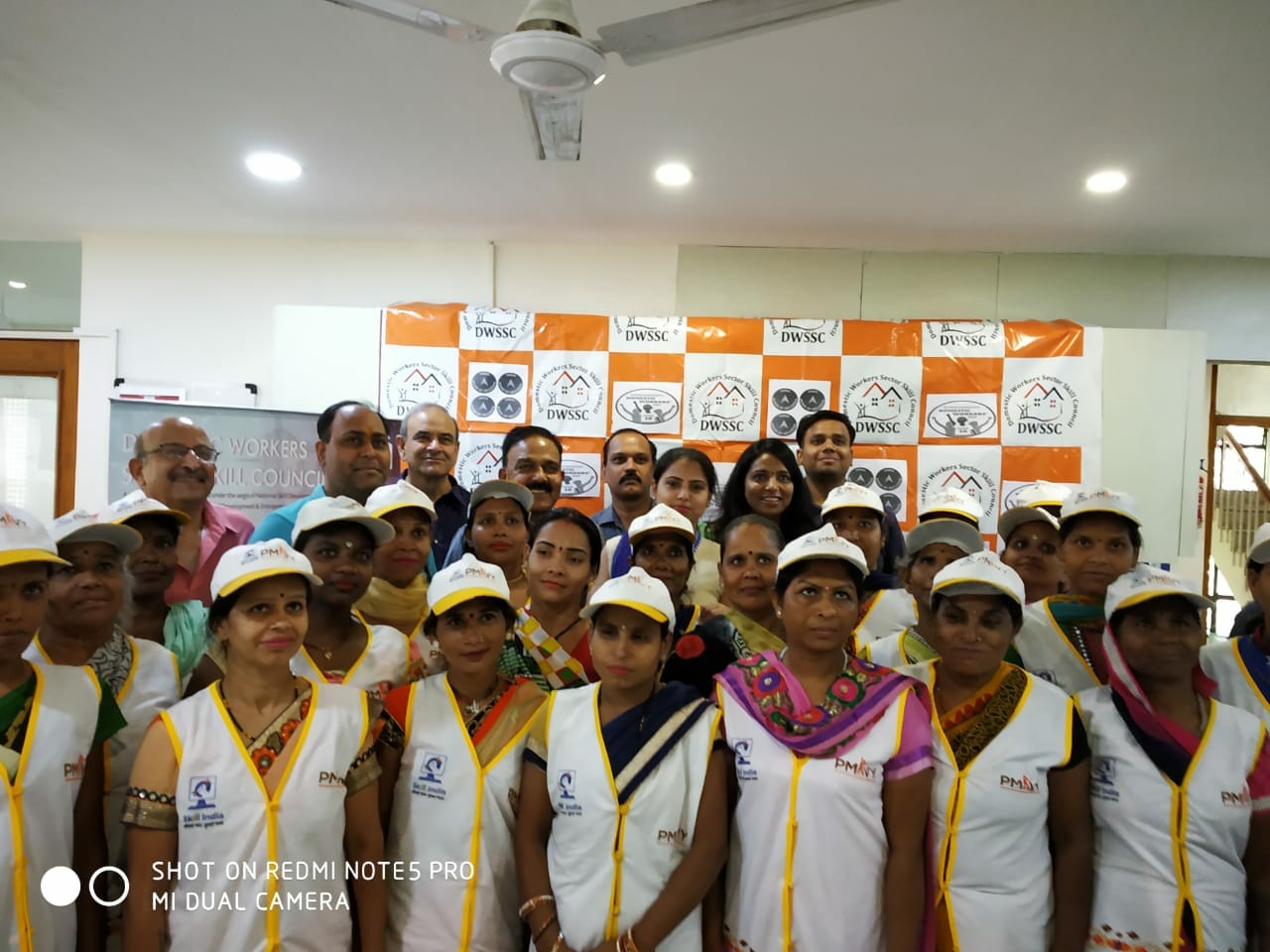 This is the very first time in the history of national and international records book that such an attempt was done to spread the awareness that our domestic workers also require specific skill set to uplift their working status. The most interesting part of this attempt was that despite of a national holiday, domestic workers went in such a huge quantity to their individual training centres to get trained on how to fold the shirts together. It was overwhelming to see the kind of excitement in them and the urge to gain some more knowledge to better themselves in a certain skill set.

DWSSC has been striving constantly to better the nation by defining the key areas wherein domestic workers can find employment and simultaneously identify critical roles and associated skills gaps. Accordingly, they are trained to improve their skills set and are certified on the same also that our domestic worker has the opportunity to get better employment of wages. All the 14 locations in which these training happened are registered training partners of DWSSC and all of them together came to be a part of this epic attempt and create history!