Manish Kumar -MD and CEO, NSDC and Atul Tiwari-Addnl. Secretary -Ministry of Skill Development and Entrepreneurship were also present to grace the occasion, along with Board Members of L&T and NSDC and Sector Skill Council CEOs.

The academy aims to impart high impact training to trainers engaged in the skilling ecosystem in the country. It was inspired by the strong belief of Mr Naik that having high calibre trainers is the key to the success of skill training in India. The academy comprises experienced faculty with rich domain experience and a passion for training.

Set up in an existing facility of L&T, the academy with a capacity to train 1,500 trainers per year. It is equipped with state-of-the-art classrooms, workshops and hostel facilities. The program comprises ten days of classroom training followed by a 15 week On the Job (OJT) training. The curriculum is developed by Singapore Polytechnic as part of MoU with NSDC. While it focuses on platform skills or pedagogy the sessions also cover domain skills along with soft and life skills to provide a “holistic” development. 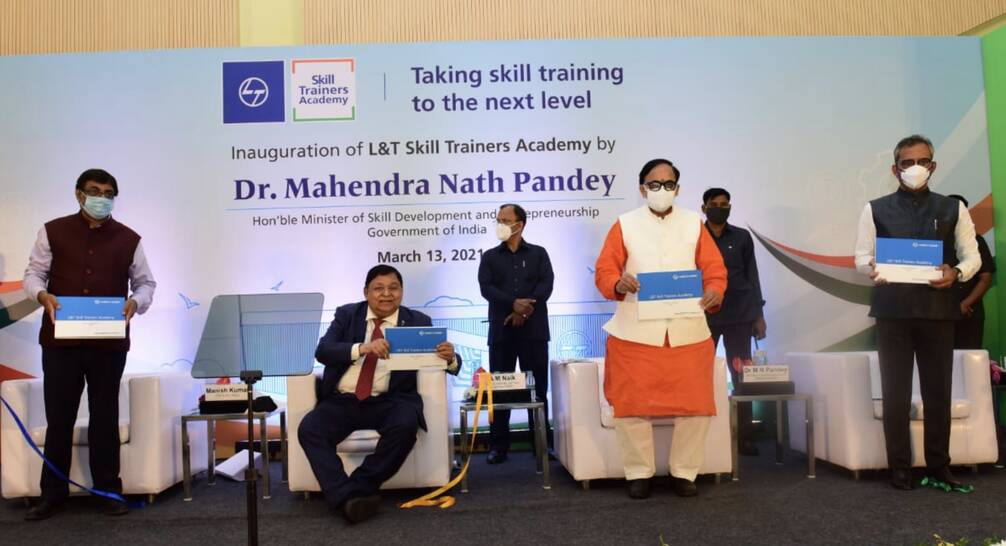 Commenting on the occasion Mr A.M. Naik, Group Chairman, L&T and Chairman NSDC said “The academy is a step forward in achieving our goal of developing a skilled workforce that can not only meet the skill requirements of India but also cater to the global demand.”

Commenting on the occasion, Dr Mahendra Nath Pandey, Minister of Skill Development and Entrepreneurship said, “The Skill Trainers Academy is a milestone in the direction of promoting skill development in the country. I thank Shri. A.M Naik for this important initiative.”

The academy kick-started its initial program on 15th January 2021 and has already successfully trained 150 trainers until now.