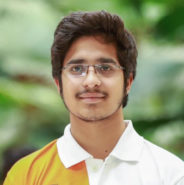 Father’s Occupation: Industrial Fabricator
Since his childhood, Omkar has been playing around with robots. Watching his father operate huge machines in factories, decided to create machines himself. In order to make himself able of the same, he opted for Electronics and Telecommunication Engineering course at MIT, Pune. Being a keen and an enthusiastic learner, Omkar has volunteered in various events like the 5th National Level Junior Robocon competition and the Sci-Con 17 event. The people who know him describe him as a very hardworking and a passionate human being, who puts his heart and soul into everything that he does. 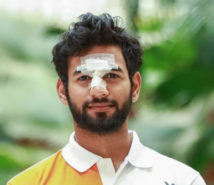 Father’s Occupation: Army Officer
Rohan’s mother is a painter, father an army veteran. At present, Rohan is pursuing his B-Tech degree in Electronics. For an engineering student, you would expect him to be glued to their video games in their free time. However, for Rohan, his main source of relaxation is sketching buildings and airplanes. He believes this stimulates his mind and helps him enhance his mental iteration. He wants to improve the infrastructural situation of the country, and help India reach new heights, literally. 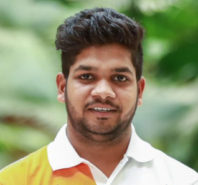 Father’s Occupation: Farmer
Defying all odds, Golipally is successfully employed with Mahindra & Mahindra Ltd. Coming from a family of farmers, he did not have much in hand when he started. However, his never die attitude compelled him to give it all. Today, he possesses knowledge about all forms of welding. He was the second runner up at IndiaSkills 2017, the ‘Best Welder’ at the regional competition and an integral part of CII’s WorldSkills Competition. With the blessings of his entire village in Telangana, Golipally is optimistic of putting up a great show. 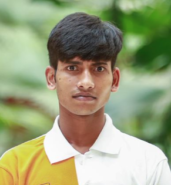 Father’s Occupation: Labourer
Hailing from a remote village in West Bengal, Ramjan started as a labourer to provide for his family. He earned a mere daily wages of Rs 200 till he was discovered by a construction firm, ATS Infrastructure that trained and guided him towards perfecting his skills. His grit and dedication paved his way to getting a promotion within a year and securing first position at IndiaSkills National Competition among competitors from across the country. 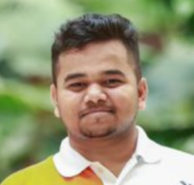 Father’s Occupation: No more
Since the very early days of his life, Saurabh has been obsessed with cakes. He not only consumes them, but each time that he buys a cake, he stands intrigued by how the confectioners make it look so irresistible and appealing. The turning point in Saurabh’s life came when he lost his father at a very tender age. But instead of letting grief weigh him down, he pulled himself up and came out as a stronger person. A student of the Institute of Hotel Management, Saurabh brought India pride and recognition by winning a gold medal in UK Skills Competition and bronze at Global Skills Challenge Australia. 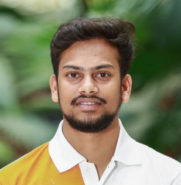 Father’s Occupation: Assistant Teacher, Bihar Government, India
In one word, Ankit is the chirpiest boy amongst all participants. Whenever he is demotivated, give him delicious food, and he is back to being his upbeat self. Pursuing his bachelor’s degree from NIFT Bangalore, Ankit is a strong proponent of the direct impact of graphic design on everyday life and is ready to defeat anyone in a debate. His journey of training under experts has been an eye-opening experience for him, making him realise the surfeit opportunities available to him, professionally. 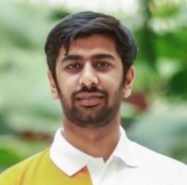 Father’s Occupation: Businessman
Gursheesh is one person who cannot stop talking about football. Ask him anything, and he can recite the entire wikipedia page out for you. While keeping his love for the game alive, he is also very keen about IT, coding to be precise. His life revolves around these two things. Having completed his education from Chandigarh College of Engineering and Technology, Gursheesh is adept at computers, and enjoys making new programs from scratch, while improving existing ones.

*We thank NSDC for sharing these briefs about the winners and we’ve presented them as is in this article.

Dr. Mahendra Nath Pandey proposes India as the next skilling hub at the Ministers’ Summit during WorldSkills Competition 2019