by Team NSN
in Government, News
1

The Ministry of Labour and Employment had constituted an expert committee on 17th January 2017, under the Chairmanship Dr. Anoop Satpathy, Fellow, V. V. Giri National Labour Institute (VVGNLI) to review and recommend methodology for fixation of National Minimum Wage (NMW). The Expert Committee has submitted its report on “Determining the Methodology for Fixation of the National Minimum Wage” to the Government of India through the Secretary, Ministry of Labour and Employment on 14-02-2019. The Report has now been placed on the Ministry’s website, www.labour.gov.in for facilitating the process of consultation and dialogue among social partners and stakeholders and seeking necessary approval of methodology from tripartite bodies.

There have been several developments since the norms for the fixation of the minimum wages were recommended by the 15th ILC in 1957 and subsequently strengthened by the judgement of the Supreme Court in the judgement of Workmen v Reptakos Brett & Co. case in 1992. Central Government constituted an expert committee as per the recommendations of the Central Advisory Board (CAB) on Minimum Wages. Hence, the Expert Committee had the mandate to examine and review the norms and methodology for fixation of national minimum wage; and determine the base level National minimum wage/wages through an evidence-based approach. 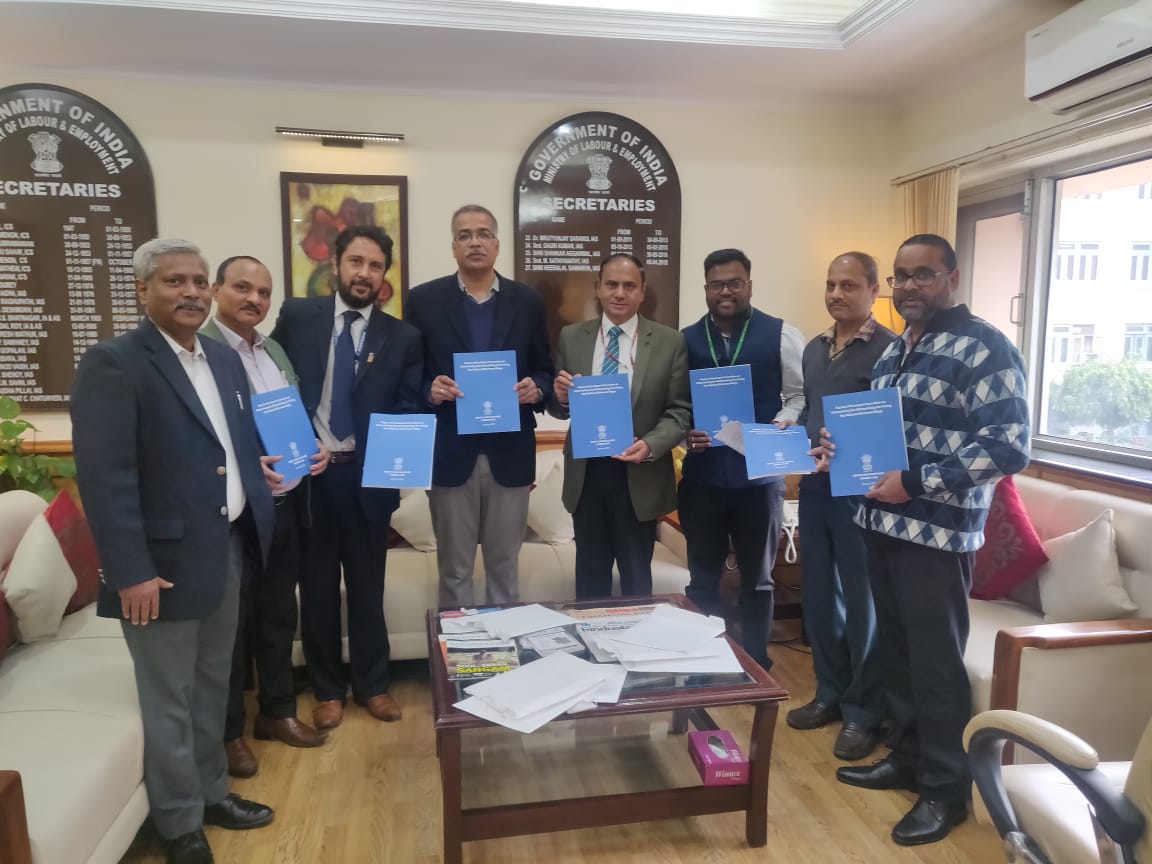 The report using scientific approach has updated the methodological framework of fixation of minimum wages based on the overall guidelines of the ILC 1957 and the Supreme Court Judgment of Workmen v Reptakos Brett & Co. in 1992. The report has undertaken a rigorous and meticulous analysis and has generated a large amount of evidence relating to changes in the demographic structure, consumption pattern and nutritional intakes, the composition of food baskets and the relative importance of non-food consumption items to address the realities in the Indian context by using official data made available by the National Sample Survey Office (NSSO).

Using the nutritional requirement norms as recommended by the Indian Council of Medical Research (ICMR) for Indian population, the report has recommended a balanced diet approach which is culturally palatable for fixation of national minimum wage. Accordingly, it has proposed that food items amounting to the level of ± 10 per cent of 2,400 calories, along with proteins ≥ 50 gm and fats ≥ 30 gm per day per person to constitute a national level balanced food basket. Further, this report proposes minimum wage should include reasonable expenditure on ‘essential non-food items’, such as clothing, fuel and light, house rent, education, medical expenses, footwear and transport, which must be equal to the median class and expenditure on any ‘other non-food items’ be equivalent to the sixth fractile (25-30 per cent) of the household expenditure distribution as per the NSSO-CES 2011/12 survey data.

On the basis of the aforesaid approach, the report has recommended to fix the need based national minimum wage for India at INR 375 per day (or INR 9,750 per month) as of July 2018, irrespective of sectors, skills, occupations and rural-urban locations for a family comprising of 3.6 consumption unit. It has also recommended to introduce an additional house rent allowance (city compensatory allowance), averaging up to INR 55 per day i.e., INR 1,430 per month for urban workers over and above the NMW.

The committee has also recommended reviewing the consumption basket every five years, subject to the availability of NSSO-CES data, and – within the period of 5 years – revising and updating the basic minimum wage at least in line with the consumer price index (CPI) every six months, to reflect changes in the cost of living. The report will be put before the Central Advisory Board/tripartite bodies for necessary consultations and approval of the methodology.