The need to balance school education with right skills

Being in the field of education for almost 20 years now, with a phenomenal experience in teaching and administration, Mrs. Seetha Murty, Principal, Silver Oaks School, Hyderabad, believes that parents play the most crucial role in their child’s education. She believes in the need to involve in the child’s academic interests to create a feel good factor around the experience of education. She thinks parents need to avoid interference, but however, she also reflects on the need to diligently involve in the process of education. Mrs. Seetha Murty rightly says, “Parents should build and nurture a positive partnership with the child’s school rather than treating it as an answering machine.”

“Parents should build and nurture a positive partnership with the child’s school rather than treating it as an answering machine.” Seetha Murty 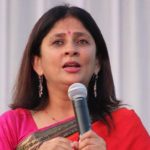 She also contemplates on the need for schools and colleges to show enough emphasis on skills and skill development. She believes that when skills are incorporated into the child from a young age, then there are highly likely chances that the kid retains these skills and works on developing them.

She contemplates on the balance that parents should be able to create between the skills and the interests of the kid. While guiding and lending a supportive hand parents should also recognize the child’s interests and aptitude.

Often times, children confuse between interest and aptitude. Parents need to help the children see the difference between the two and help them choose a career in which they can be successful. Mrs. Seetha Murty believes that skills lead to meaningful education and therefore it is essential to give exceptional importance to thinking, learning skills, communication skills, technical skills, social skills and self-management skills. She says, “These skills are life skills in this era.”

She believes that it is highly necessary for skills and jobs to go hand in hand. However, it is not often that one’s job and inherent skills complement each other. Mrs. Seetha Murty strongly agrees with the fact that a stable future is not entirely dependent on one’s job but depends on the life skills of an individual.

How apprenticeship connects jobs with skills through practical training and earning