by Sahitya Karra
in
0 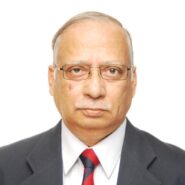 Mr Parimal Biswas, President, of The Indian Institute of Welding (IIW-India) since 2019, and has also been served in the capacity of Honorary Secretary General since 2003, and actively involved with industry, government, education and research activities for over 35 years.

A BSc Graduate and a Mechanical Engineer (Diploma) from Calcutta University Mr. Biswas developed his career in Quality and Sales of various welding consumables and simultaneously in HRD and training of welding personnel. In his tenure he developed the marketing of specialised welding products all over India. As Manager of ESAB Welding Institute and as General Manager of Reliance Engineering Pvt. Ltd., he instituted various Training programmes for all levels of welding personnel, i.e. starting from the welders, welding supervisors to welding engineers.

In this capacity, he has made significant contribution in attaining substantial growth of the institute through expansion of activities in several verticals, particularly in the field of Skill Development in Welding. He also took initiative in establishing IIW-India ANB in 2007 and IIW-India ANBCC in 2012. Mr. Biswas also promoted the initiative in developing relationship with the SAARC countries around India. He also supported the attendance of IIW-India representatives at numerous IIW Annual Assemblies and IIW International Congresses outside India. He has been the main driver in implementing key initiatives with International Institute of Welding.

He has also been largely successful in establishing professionalism in the functioning of the institute and has truly been a livewire of IIW India. He is the recipient of various awards like Best Association Leadership (Industry) Award for 2015 & ‘Hall of Fame’ Award on 2019 by India Association Congress during August 2015 at Bengaluru, IIW-India Golden Jubilee Welding Ratna Award on the occasion of Golden Jubilee Celebration during 2016, and the recipient of Regional Activities Award of the International Institute of Welding during 2017 at China.

Mr Biswas continues to participate in many of the IIW working units, including IIW IAB Members Meetings, IIW IAB Working Groups A and B, IIW Commission XIV, WGRA amongst others.