The impact of positive parenting on the child’s future

Our guest author Ananth Srinivas, Senior Director – Global Alliances, Software AG, shares his success story that brings out the complementary role of schools and parents in bringing the best out of our children. Read on to know more about the freedom a child needs to discover her interests and passion for higher studies and a career.

My daughter is 16 years old and recently finished her 10th Grade, scoring very well in ICSE Board Exams. I believe she is much more creative and talented at 16 than I was at her age. We do have some common areas of interests, but she has some skills that I never was able to acquire. She sings well and is training in Hindustani Classical Music and is good with the sketch and brush; even better behind the camera capturing great photographs. In all these areas, I have ‘”two left feet’’ while she can also dance on stage in front of an audience!

Our chemistry as father and daughter has been great from the time she was an infant and I have proudly watched her acquire new skills over time. Like most parents, we do have a tendency to share our past and how we studied when we were young and how discipline plays such an important role, early in life. Ananth Srinivas 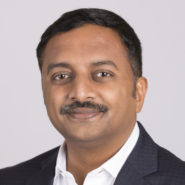 The school does play a very important role not just because the child spends 7 hours a day but because the school sets up the core platform for incremental learning, taking it forward leaf by leaf, day by day. What’s more the organized nature of schools where your child is not the only talented kid results in a competitive atmosphere where if the child has to realize his or her potential, discipline is vital.

Knowingly or unknowingly, we do inspire our children and I am no different. I would underline the importance of upbringing particularly in the first 10 years, when the foundation is laid. My job requires me to travel quite a bit but I have not let that come in the way of spending time with my daughter, in her first 10 years. Her school did play an important role in shaping up her personality and giving her the platform to build communication skills. At the same time, a constant reminder of the importance of working hard did originate at home.

In her case, we did not create or point to any role models except instilling the feeling that good education is a must for families with our background. While keeping a tab on her progress with every subject, be it Science, Social or Languages, I would like to particularly highlight that due to my own interest in History, I laid a strong emphasis in her giving attention to the history of every subject – not just how many wars were fought, but how a thing or device was invented.

In my view, an orientation towards history manifests in many things – respect for what people fought for (freedom), circumstances that lead to an invention and the milieu in which a poet or author wrote a literary piece.

To put in another perspective, we were indirectly making her like all her subjects, not depending on the teacher she liked over the other.

At age 15, most children in India have to orient themselves to the future path and one fundamental choice, like it or not, must be made – Mathematics or no Mathematics, going forward. Luckily, the school in which my daughter studied produced all kinds of talent including a best-selling author at 18. Even at home, the emphasis on doing Engineering or Medicine as two of the best streams was never there.

As parents, there is a tendency to build skills in the child or nurture talent in areas where we did well or could not do well, due to circumstances during our times. To give an example, “I could not go to Harvard, but you have a great chance to go because I am arranging the means; or in a converse situation, I went to Oxford, so you must better that” – kind of pressure. We avoided a situation like this and consulted a number of parents whose children were two or three years older and who passed the phase we were in. As suggested by one parent, we even went to a specialist who conducts a computerized test to analyze the child’s areas of strengths. This was an eye-opener and the advice we got from the specialist was valuable and the results of the tests boosted our confidence manifold. She actually scored so well, that the consultant suggested that she would be successful in most fields and professions and is in the top 2 percentile of students he has tested.

In many ways this helped and also the generic advice we got from other parents. We did not impose any of our views or dreams on the child. We only motivated her to work hard and started on the path of skilling her in her area of strengths.

Whilst our journey is still in the early phase, we did pass through one phase of making a choice. I mean to say at 16 one has to make some choices and then there are several competitive exams to be taken at 18 and 21/22 that decide your career path.

Building general awareness of what is happening around us in the world is another aspect we laid a lot of emphasis on. At 16, we did try to educate her in bits and pieces about what various professions look like and how people acquire skills over time to be successful in their profession.

In summary I would like to say the following:

Disclaimer: Ananth Srinivas has contributed this article in his personal capacity. The views expressed are his own and do not represent the views of the organization he represents.
Previous Post

The importance of learning the right skills for the right career

The importance of learning the right skills for the right career