The 13th Skill Connect Roadshow on Apprenticeships held in Guwahati

The 13th Skill Connect Roadshow to promote apprenticeships was held in Guwahati on 24th September 2018. The event had impressive participation from all the stakeholders such as the sector skill councils, the training partners and the industry. Jointly hosted by National Skill Development Council (NSDC), Confederation of Indian Industries (CII) and Deutsche Gesellschaft für Internationale Zusammenarbeit (GIZ), the event focused on discussing man aspects of implementing apprenticeships in India 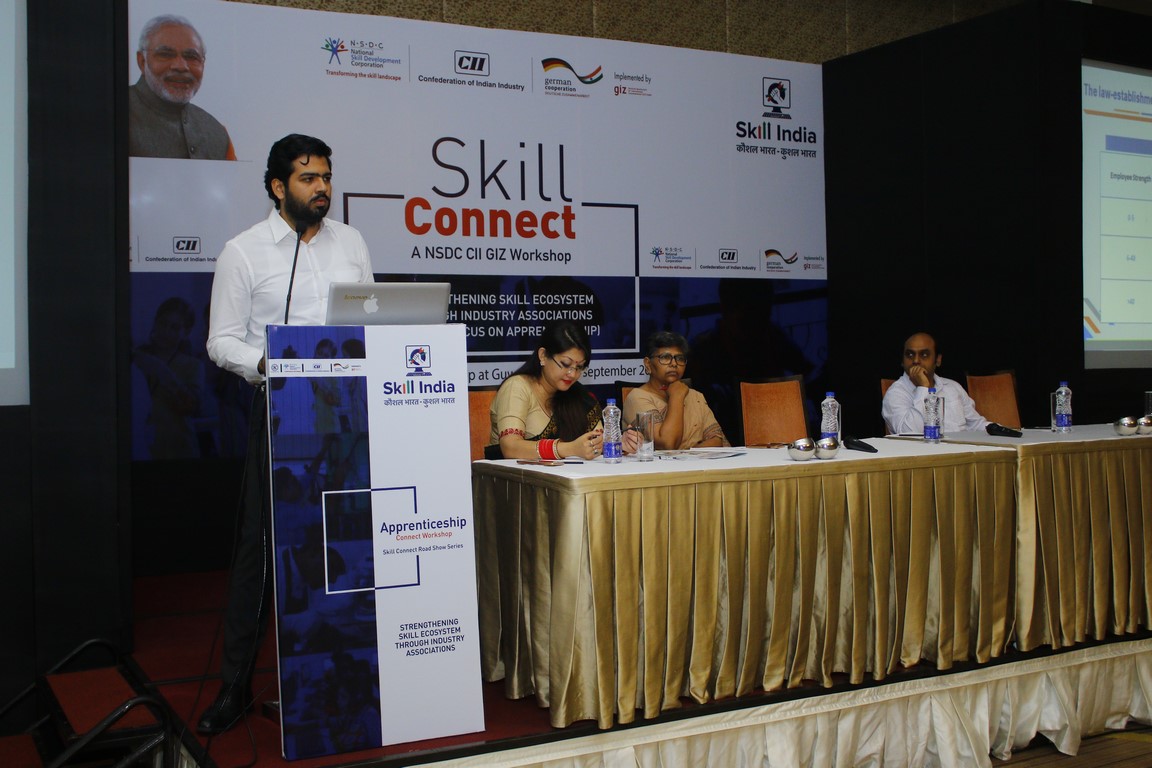 Ms Anita Sharma, Senior Analyst, Indo-German Vocational Education and Training, GIZ India, explained the replicable elements of the Dual Vocational Education and Training model from Germany by giving examples of clusters in Aurangabad, Bengaluru and Bhiwadi. Stressing the role of private sector in skill development, she urged the participants to take up the opportunity of skilling the youth by hiring apprentices. The importance of creating awareness on skill development and training at school level was also highlighted.

The participants were informed that through the five operating Model Career Centres, close to 60,000 unemployed youth have been provided employment in the last two years. CII also promised to hold webinars at the end of Skill Connect Road Show and organise job fairs and job drives to effect efficient implementation of the Apprenticeship Training.

By means of interactive session, the participants were invited to deliberate on the inputs provided by NSDC, CII and GIZ. The results of the group discussions were shared in plenary, which included the job roles which are required by the companies including the number of apprentices against each of these job roles; the support which is required for enabling the companies for effective participation in apprenticeship programme and the challenges they are currently facing were noted.

The next workshop under the Skill Connect Road Show will take place on September 26 in Ahmedabad.