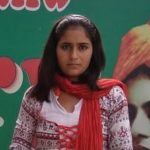 Rekha is a go-getter. A Fighter. Belonging to a poor family in Haryana and a conservative society where girls are not allowed to go out of house too often, Rekha did not have a bright future at all. The annual income of her family did not cross 1 lakh rupees. With three  sisters and a brother, the father’s sole income was never ever enough for any of them.

From a tender age, she harbored dreams of taking over her father’s role of being the bread earner of the family. but not through farming.  After her schooling, she joined PMKK Hisar centre in November, 2017. During training, she learnt communication skills, gained confidence and after that served as a library assistant in a Government College for 2 months. From then, there was no looking back for her and her family.

She got a golden platform to pursue her career. She bagged a great job with renowned HDFC on third party payroll (Shree Bala Ji Enterprises). For a person who has a farmer father, a financial company job is nothing less than her own Cinderella story. Now, she is independent and has also become supporting hand for her father and is enabling positive transformation for her entire family. 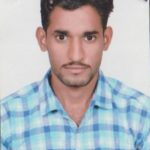 Dreams and aspirations are not limited to urban India alone. There are millions of youth in small towns and cities across India that hope for a decent living and a good lifestyle. Fatehabad’s Jony Kumar is one such. From a tender age, he was made to understand that he had to take up the responsibility of supporting his family. However, after completing class XII exams, Jony lost all hopes of finding a lucrative job in his small native village called Bhodia Khera.

After enrolling in Centum Learning’s Course for Telecom-In-store Promoter, Jony got a job at Shree Krishna Industrial Recruitment (P)Ltd.Now, he is earning Rs.12600/-per month and has made his own and family life happier.

He has also become a role model for youth of his age who have realized that it is quite possible to achieve your dreams if you really want to. 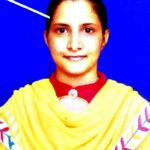 Arti Rani, daughter of Surjeet Singh of BhodiaKherain Fatehabad district.Her family is under BPL category.With many members in her family, it was at times difficult for them to manage even a square meal. Subsequently, she was unable to continue her studies after Class 12.

As per societal norms, she was supposed to sit at home and help in the household work. But that was not the case to be. She was not ready to accept what life had planned for her. She had other plans.In January 2018, she joined PMKK centre at Fatehabad for Job Role Telecom-in-store Promoter.

After completion of 3 months of intense training and immense hard work with appropriate guidance, she was selected at Shree Krishna Industrial Recruitment Pvt. Ltd. Bhiwadi (Rajasthan).

Only successful women understand how difficult it is to make a mark in the male dominated industry.Arti started working and due to her hard work and dedication, she started getting appreciated at her workplace as well. The recognition she was denied all her life was finally sought.

Arti, in true sense transformed her life and others around her, as well. Now, she in a world full of opportunities and is very hopeful of a bright future for herself. Now, she is earning Rs.8600 per month which makes her capable to help her family in financial terms.