What comes first – skills or jobs? Let’s find out how TMI Group is trying to resolve this issue

Spare a moment to answer these questions. Where do all the trained youth go, if they don’t get jobs? What should be the national priority – skilling or creating jobs? Who should we focus on – unemployed graduates or in employing non-graduates ? Organised sector jobs or MSME jobs? In this skill story, T. Muralidharan, Chairman, TMI Group, makes us reflect on issues related to education, skill development and employment while narrating the story of TMI e2E academy . Read on to know more about why skill development should strive for a demand-supply match, particularly in the graduate space.

In 2007- 2008, when I went to Rajasthan and visited a small village in Dausa district which is about 60 kilometers away from Jaipur. I wanted to study the unemployment issues in villages of Rajasthan. I was talking to the old Sarpanch, asking him about why their children do not study and become graduates because most of the corporates want only graduates. He immediately called two youth, and asked me if I can get them jobs. One of them had done B.A in Political History (Hindi medium) and the other had done M.A in Political History (Hindi medium) I asked them why they chose these subjects as these qualifications have no relevance to corporate jobs. Their answer was a big revelation for me when I heard that this was the only course available to suit the bus timings from Jaipur to Dausa. In rural India, many people choose courses and subjects depending on the bus timings , leaving no option to think about their interest, aptitude, capability or employability.

Let me tell you the next part of my conversation. I called one of the graduates and asked him “aapke bhai kya karte hain?” (what does your brother do?) and he replied “khet mein mazdoori karte hain” (he works in the farms). So I said “aap kya karte ho?” (what do you do?) he said “hum kuch nahi karte hain, graduate hain hum” (I don’t do anything, I’m a graduate). I was quite shocked at this answer; isn’t it ironical? We were trying to convert people who are actually doing work (mazdoori or labour) like farming, making them graduates and in turn making them unemployable. 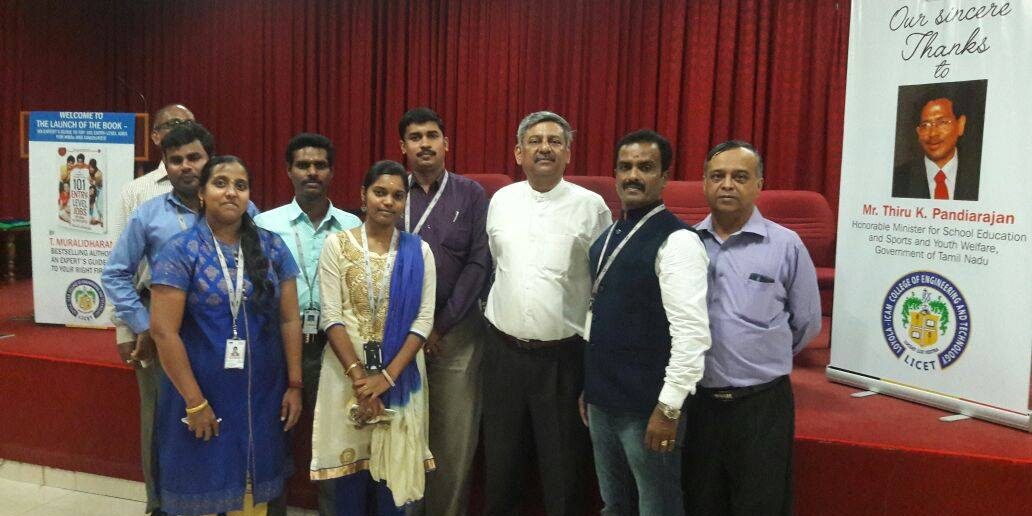 The crisis of graduate unemployment

The biggest problem of india is not about unemployment of the school dropouts, but the graduates segment where there aren’t enough jobs to absorb them. They have no choice of alternate livelihoods. The jobs that get created don’t match the number of graduates produced every year. 5 million graduates join the unemployed segment every year . So, TMI decided to focus on the graduate space; we are one of the few NSDC partners who focus on this space.

We need to look at graduate unemployment as a serious issue, because they need to be engaged productively. They may get into crime, they may remain idle, they get frustrated, when they are angry with the system. So, by creating more and more unemployable graduates, we are increasing the tension in the society. It is a very difficult space because the graduates have a mind of their own, you can’t train them easily. We have adopted a demand-driven model which is called the JOJOE model. This model is designed and developed by the TMI group which stands for Jointly Owned Job Orientated Education.

We are adding 12 million people into the job market every year and out of these, 7 million are school dropouts and 5 million are college graduates. The government focuses on non-graduates. In my opinion, we should focus more on graduates. T.Muralidharan 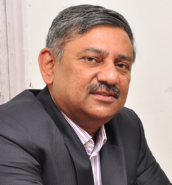 It is like a precursor skill training into specific job roles. Sector skill council (SSCs) started much later, we were the first ones to start JOJOE because training people against a specific job is more important than training them in soft skills or on a generic skill. We strongly believe that every employer is different and hence everybody should be trained on a customised version of the job, we also believe the ” over- training ” is a sin because the youth cannot absorb it unless they work on-the-job. So, the demand-driven model requires four things before training begins

We need a large placement infrastructure to find jobs for many of the students.

In the last five years, we have trained about a lakh of people and this year we plan to train about 45,000 in the graduate space. We are one of the largest training providers in the BFSI sector which is very ideal to graduate segment. And, it’s a challenge to make our business profitable! Sustainability comes only when we are paid the right price for training. And, more than training, mobilising the students is a bigger issue. Students don’t want to do jobs that are available in the market. For example, there is a large demand for sales professionals but nobody wants to do it by choice. Everybody wants a computer job even though they don’t have knowledge, skills or job openings.
Thus, the mismatch between demand and supply, between attitude and availability is the greater challenge. Training is least of the problems; we should be tackling the tougher problem of creating awareness and mobilisation to control attrition during and after training .

Why we need job counselling on campuses ?

A course on job counselling

We, at TMI group, are currently engaged in developing this course and are planning to identify a deemed university to pilot it. The first semester will focus on the individual – personality , aspirations , family realities. It will also cover the realities of the job market including the future jobs and the sector in which these jobs will be. At the end of the first semester the individual should shortlist a few sectors and jobs of interest where the person can excel based on the personality. The second part of the course will focus on employer research , and job search techniques so that the individual can search for the job.

Matching the supply with demand

Besides job counselling, we need to identify innate personality and psychomotor skills like hand-eye coordination. We need prior assessment of knowledge, skills and aptitude. This will help us match right people with right jobs. The cost of mobilising a candidate is much higher when you pre- assess than what the government pays for mobilising a candidate. Graduate market is the toughest, because they have attitude issues even if they are suitable for a job and it is not easy to convince them. . Training program can only bridge the immediate skill gap. You can’t bridge the gap between where they are and where they have to be – in terms of a long term career. You can build a bridge for a 20 meters but you cannot build a bridge for a kilometer. 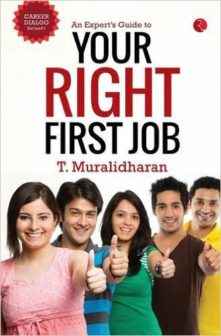 I’ve written two primers on jobs counselling. The first book is called An Expert’s Guide to Your Right First Job and the second one is called An Expert’s Guide to 101 Entry Level Jobs for MBAs and Graduates. At present, there’s very little data on jobs. In my opinion, instead of skilling people government should find out where the jobs are or where the jobs will come from and then connect with the employers to customize training. Even the sector skill council programs are generic because they are designed for many employers. Even after getting certified the candidates get only minimum wages because the employer wants to train them for his needs. 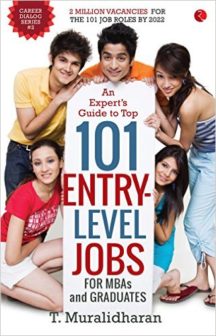 First, the government has to first study where the jobs are getting created and how many of them. There aren’t many incentives for a person to get skilled and trained, if there are no jobs or the job offers minimum wages! Second, if jobs are available for 1 million people in a year, then we should train only 1 million. Don’t train 12 million and then say there are no jobs. Match the demand and supply. In a labour market, demand and supply determines compensation, so if you have more supply and less demand, compensation will fall. Today, over supply is the reason why employers are not willing to pay a fair price while there’s pressure to increase minimum wages across the country.

This requires a scaling down on the quantity targets in skill development and to focus on getting a skill premium and fair salaries. For last ten years, the factory worker compensation has remained the same , net of inflation , which is very sad. In my opinion compensation should go up first and problem of low employment creation must be addressed immediately.