The Ministry of Micro Small & Medium Enterprises (MSME), organized a National Conclave (Udyam Sangam) on 27th June 2018 on the occasion of UN MSME Day.The purpose of the Conclave was to encourage dialogue and partnership among various stakeholders of the MSME ecosystem and for promoting innovation and knowledge sharing on MSME related issues.

On this occasion, President of India, Ram NathKovind, said that the MSME sector is leveraging the demographic dividend of the countryand promoting inclusive growth in rural and backward areas. He said that MSME sector accounts for around60% employment in India. He said that there are 6.5 crore MSME units across the country employing over 11 crore people and contributing over 10% growth which is higher than heavy industrial units. The President inaugurated the Udyam Sangam-2018 in New Delhi today. Referring to UdyamSakhi portal of the MSME Ministry, he said that it will empower women and weaker sections by providing training to 80 lakh women. 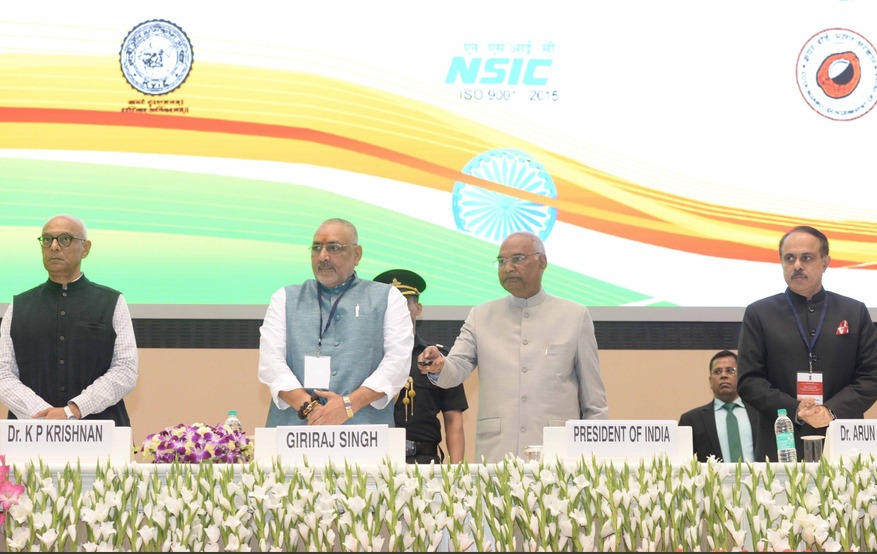 The President appreciated the work done by ArunachalamMuruganatham in promoting women’s hygiene by manufacturing low-cost sanitary napkins. Entrepreneurs in more than 100 countries are now trying to replicate this. A film documenting his struggle has been made. The President desired that many more such films documenting the contributions of innovative Micro and Small Entrepreneurs should be produced.

The President of India launched the Solar Charkha Mission today which will cover 50 clusters and every cluster will employ 400 to 2000 artisans. The Mission has been approved by the Government of India for which the MSME Ministry will disburse subsidy of Rs. 550 crores to the artisans.He further said that the Solar Charkha Mission will generate employment in rural areas and contribute to the green economy.

The President also referred to the special relief given to the MSME sector under Insolvency and Bankruptcy Codewhich will allow promoters to bid for an enterprise undergoing Corporate Insolvency Resolution Process. Shri Ram Nath Kovind mentioned that micro and small units are producing parts for Indian Space Research Organization (ISRO) and Tejas fighter aircraft. He expressed hope that deliberations at the conclave today will throw new solutions so that micro and small entrepreneurs may be able to occupy a space at the global level.

A portal of the Ministry of MSME called “Sampark”was also unveiled by the President. This portal will act as a bridge between the talent pool and those enterprises seeking trained man power. 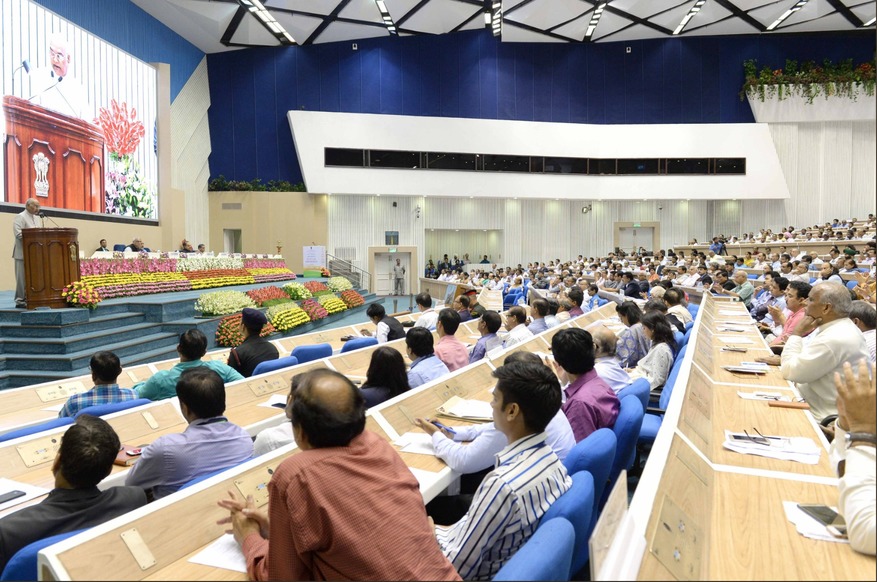 Nearly three thousand delegates from Ministries and Departments of Central Government, State and Union Territories, Autonomous Bodies, MSME Associations, Non-Banking Financial Corporations, Private Sector and Public Sector Banks, Venture Capitalists, Entrepreneurs and Self Help Groups are participating in the day long conclave. They will be deliberating upon a range of issues that include MSME Credit, entrepreneurship of aspirational groups andregions, agri-business enterprises, challenges before Services, Knowledgeand Manufacturing Sectors, women entrepreneurs, development and strengthening of access to market and health care and Ayush enterprises.In order to develop a system for creating awareness about Government schemes, a session on communication and media will also be held.

The purpose of the Conclave is to encourage dialogue and partnerships among various stakeholders of the MSME ecosystem for promoting innovation and knowledge sharing on MSME related issues. It is also aimed at creating awareness about the MSME Sector at the national level and assuring through declaration of specific measures for knowledge, marketing, technical and financial handholding by the Government of India of the MSME Sector at the grass-root level.

“Udyam Sangam 2018” is a step forward towards consolidating the convergence and synergy of all the government initiatives relating to MSME Sector.